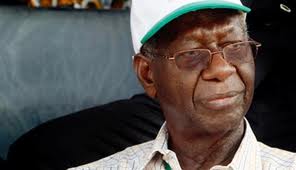 A former chairman, Board of Trustees (BoT) of the Peoples Democratic Party (PDP), Chief Tony Anenih, has disagreed with allegations that all Nigerian politicians are corrupt and are responsible for the underdevelopment of the country.

Anenih responded to a presentation by the chairman, Safari Books Limited, Chief Joop Berkhout, a German Publisher in Nigeria, who took a swipe on Nigerian politicians, alleging that they were the problem of the nation. Berhout, who spoke at the public presentation of the book: “Nigeria Yesterday Today,” by Professor Godwin Sogolo, in Abuja, said 27 years ago till today, Nigeria had remained the same in terms development.

Berkhout said corruption was still endemic in Nigeria and that unless Nigerian politicians stopped to see public funds as their private pocket money, “no meaning development can take place in the country.” He also advocated severe punishment for those who stole the nation’s funds, saying that in the next 10 years, the world would change and if Nigeria hoped to move along with others, it must root out corruption from the fabrics of the nation.

However, Aneih, who was the chief launcher at the book presentation, said it was wrong to make a general statement that Nigerian politicians are corrupt. He said he personally was not a corrupt politician and that there were very many Nigerians politicians who served the nation selflessly: “In every society, you have saints, angels, robbers, and kidnappers and it will be wrong to make a general statement that everybody in that society is a robber. Not every politician is a robber,” he stated.