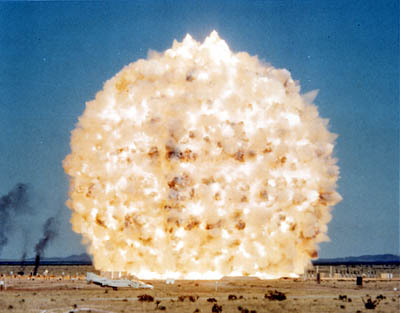 South Korea said the size of the seismic activity indicated a nuclear explosion slightly larger than the North’s two previous tests at 6-7 kilotons, although that is still relatively small. The Hiroshima bomb was around 20 kilotons.

The US Geological Survey said that a seismic event measuring 5.1 magnitude had occurred on Tuesday, with North Korea later confirming the nuclear test.

“It was confirmed that the nuclear test that was carried out at a high level in a safe and perfect manner using a miniaturized and lighter nuclear device with greater explosive force than previously did not pose any negative impact on the surrounding ecological environment,” KCNA said.

The test prompted the UN Security Council to call for an emergency meeting later on Tuesday and came as China celebrated the lunar new year, potentially increasing embarrassment for Beijing, the North’s sole major economic and diplomatic ally.

“I think it will be proven to be a self-defeating and self-suffocating blunder on the part of the DPRK (Democratic People’s Republic of Korea),” an Asian diplomat to the United Nations told Reuters in New York.

“They have chosen the worst timing to conduct this testing … This will also be an open invitation to the international community to up the ante to corner the DPRK.”

It may take days to ascertain whether the North used highly enriched uranium for the first time in the nuclear test, a move that would give it a second path to a nuclear weapon.

North Korea has used plutonium in previous tests and needs to conserve its stocks as testing eats into its limited supply of the material that could be used to construct a nuclear bomb.

The Vienna-based Comprehensive Nuclear-Test Ban Treaty Organization, the international atomic test monitor, said the event had hallmarks similar to the North’s previous nuclear tests in 2006 and 2009.

“This act would constitute a clear threat to international peace and security, and challenges efforts made to strengthen global nuclear disarmament and non-proliferation,” it said.

When new leader Kim Jong-un took office after his father’s death in December 2011, there were hopes the youthful leader would bring economic reforms and end his father Kim Jong-il’s “military first” policies that have seen the North declare itself a “nuclear weapons state”.

Since taking office however, he has purged the military, pushed ahead with two long-range rocket launches, which critics say breach UN sanctions.