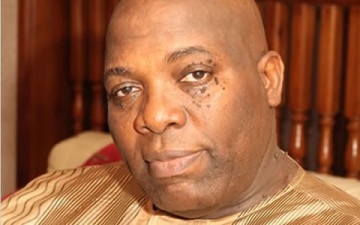 The Senior Special Adviser, Public Affairs to President Goodluck Jonathan, Doyin Okupe, has been given 48 hours within which to apologise to Ndigbo over his alleged “uncivilised vituperations,” against elder-statesman, Prof. Ben Nwabueze, following the latter’s remark that Nigeria was becoming a failed state.

In the statement entitled, “Okupe’s Disgraceful Outburst,” Ukoh said, “Nigerians were shocked by the uncivilized vituperation of Okukpe over Prof. Nwabueze’s remarks that Nigeria was drifting towards a failed state.

“Okupe’s outright insult on the person of the eminent constitutional lawyer and his use of adjectives such as irresponsible and unpatriotic to describe the elder citizen’s genuine concern on the parlous state of the Nigerian ship, merely confirms Okupe as an unpolished man as only such people use gutter language.

“If Okupe disagrees with Prof. Nwabueze or any other commentator for that matter, he should not resort to insults. If Okukpe believes that Nigerians could be fooled about the reality of the Nigerian situation, then it is lamentable and he needs to be pitied.

“Google’s failed state index, places Nigeria at No.12 while Somalia is No. 1 among over 200 countries of the world. Okupe’s master has been incharge of 34 states in Nigeria for the past one year, while Boko Haram has Bornu and Yobe States”.

Information Nigeria recalls that the Presidency described the comment by elder statesman, Prof. Ben Nwabueze made at the 14th annual convention of the Igbo Youth Movement, IYM, weekend in Enugu, that Nigeria was sliding into a failed state as irresponsible and unpatriotic by any Nigerian.