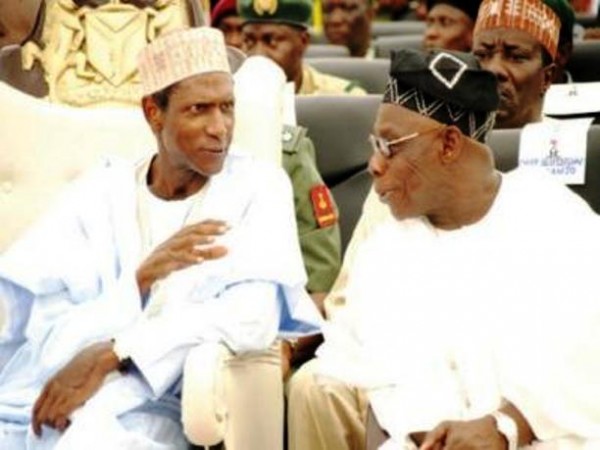 Who ever thought a time would come when the outspoken and reverred former President of Nigeria, Chief Olusegun Obasanjo would be afraid of arrest, moreso by a man whom he single-handedly anointed as his successor?

Former Minister of the Federal capital Territory, Malam Nasir el-Rufai in his book, “The Accidental Public Servant,” said that Obasanjo was afraid that despite his unflinching support for Yar’Adua’s candidacy as president after his own tenure came to an end in 2007, the late president was looking for means to nail his benefactor and put him behind bars.

This development, according to el-Rufai, ran contrary to Obasanjo’s motive for endorsing the Umaru Yar’Adua/ Goodluck Jonathan presidency in 2007, which he contended was with the hope that he would still be calling the shots from his Ota farm.

“There are those who say Obasanjo’s revenge for his third term defeat was intentionally picking two incompetent people to be president and vice-president, but I do not full agree with that. I think Obasanjo picked them for a different reason. He thought they were weak people he could control and through whom he would continue to exercise power.  I think that he thought Yar’Adua would be an acceptable president, but would be weak and subservient to him in many policy areas and would be consulting him regularly so that Obasanjo might be a Lee Kuan Yew sort of figure exercising power from behind the scenes.”

According to el-Rufai, it was not long in the administration of Yar’Adua when it became very clear to Obasanjo that Yar’Adua would be his own man when the late president turned against him and reversed virtually everything he did.

The former minister added that all through the period late Yar’Adua was in power, Obasanjo lived in fear of arrest as Yar’Adua was investigating him and would have promptly arrested him.

El-Rufai said: “If I am just naïve and the ticket that ended up succeeding Obasanjo was meant to be a third term revenge, it did not exactly work out. Yar’Adua revolted against him, reversed virtually everything he did and even began investigating him.  Obasanjo recently admitted to a close friend of ours that throughout the years Yar’Adua was in power, he was constantly in fear of being arrested because it was clear to him that at some point, Yar’Adua was after him.