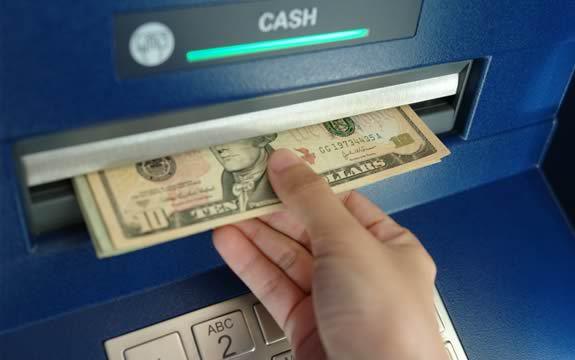 If you are the type that likes free cash then you should have went over to that ATM machine that suddenly started giving everyone cash for free.

Police were eventually called to restore calm in eastern England after the ATM was constantly distributing twice as much money than customers were asking for.

A Lloyds TSB ATM machine in Ipswich began distributing “free money” to customers after the bank branch was closed for the night.
When news of the free cash spread, a crowd began gathering, causing arguments between those who sought to use the faulty machine.

Police were called to watch until the bank staff could take the machine out of service.
A Lloyds spokesman said the machine had been giving away free cash for only a “short time”. He added: “We apologize for any inconvenience this has caused.”
About 30 people are believed to have benefited from the failure.

It is unclear how much money the bank lost, or if it will be able to recover the funds that the ATM machine gave away.
Emma Hutchinson said: “Word spread very quickly after my friend asked for £40 and the machine gave out 80 pounds.”

She told the news media that she went to see if the rumor was true, but decided not to withdraw the money herself.
Lloyds Banking Group, had to be rescued by the British government to the tune of £21 billion at the height of the global financial crisis in 2008.

In response to reports of the faulty ATM machine, a Twitter user, @FizzySparkler, said: “It’s good to see one of the banks are giving back the bailout.”