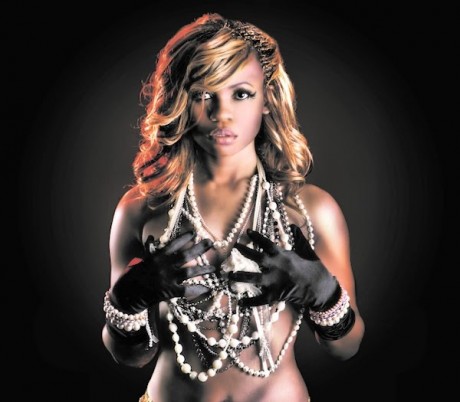 One of the most tragic circumstances in life is the death unprepared for; it is when a man or woman dies at the prime of his or her career.

The thoughts of a wasted career, shattered dreams, impenetrable memories will take over the mind. The best anyone can do at such moment is to send reassuring, calming, and heartwarming messages to the family of the deceased. Of course, everybody wants to live to a reasonable old age as to take full advantage of their time on earth, to experience as much as they can, hence, it will be alarming to have anyone view premature death from a positive point of view.

Don’t say Goldie did not die young. She did not only die young, but also died at the peak of her career. She died when the world and Nigeria needed her most. Her death was like the fall of an Iroko tree. As far as the entertainment industry is concerned, something big and terrible has happened to the industry, and no suitable replacement can be found for Goldie.

Goldie never thought even for a day before her death that she was going to die soon, but it happened. The same is applicable to all of us. You never know when the Master will come, calling.

Now, it is despicable, unprofessional, and unethical for anyone who at the process of celebrating the artist’s exit to begin to circulate photos of her corpse on the internet. Goldie’s death must not create a forum for debate on whether corpses should be syndicated in the social media or not, it must not be seen as an avenue to launch and popularize our new blog. It is dishonorable for anyone to begin to drive for traffic with Goldie’s corpse. It appears to me as an insult to the family and to the entertainment industry for anyone to drive for twitter followership by tweeting and retweeting Goldie’s corpse. What the heck is that?

How would you feel if you were Goldie’s brother or sister looking at those pictures being circuited on the net, especially now that the shock of her death is still fresh in the memories? Don’t you humanly feel anything the moment you look at those pictures? Are you not shocked that photos revealing her embalmed body are being published in most blogs? What are the bloggers and twitter handlers trying to say? Are they supposed to be Goldie’s obituary photos? I have seen many Obituary photos in the past, including that of my dad (his blessed), and I have noticed one common thing, most people use the best pictures of the deceased. I have never seen when a corpse is used in an obituary.

The highest insult and disregard for Goldie’s death is the photo of her corpse being circulated on the internet. The question is, what are the authors exactly looking for? What message are they trying to convey? Is that a confirmation of Goldie’s death? Is there any respect and value placed on Goldie’s remains?

I personally believe that the photos were first taken by someone who is very close to the family, for having been able to take such a close shot of her corpse. The concerned individual betrayed Goldie, her family and the rest of her friends who are still battling to escape from the fever of her death. If all we owe Goldie is to take to twitter with photos of her corpse, then we never loved her in the first place. How much value would you place on such act, compared to the exit of Goldie?

Today, we all remember Goldie, tweeting rubbish about her, because her death is still fresh, but I can imagine how soon, all that will evaporate from our memories after her burial. I have seen and known the nature of some heartless Nigerians who don’t think that they can be lifeless like Goldie even in the next second. Some don’t even believe on the inevitability of death, so they smile each time the next person falls. Some hate their fellow man or woman even unto death. The ongoing display of Goldie’s corpse on the social media is obviously a sign of hatred, as those responsible for the act can even cut her corpse to pieces if empowered to do so.

Please take the photos down from whatever medium you are using, as it is ignominious. Pray for Goldie as a sign of your last respect and love. Pray for her family, her husband, and the entertainment Industry. Don’t kill and eat your neighbors, as you are no cannibals. Do you hate Goldie even unto death?

I had a dream last night, as Goldie had a cane in her hands; pursuing those, she called her enemies. By their fruits, we shall know them. Are you one of them? Goldie will kill you before you kill her the second time, if you don’t remove that dishonorable and appalling photo from your site. May her spirit not rest until you remove those photos.

You can say Amen to that with a good conscience. Check yourself.