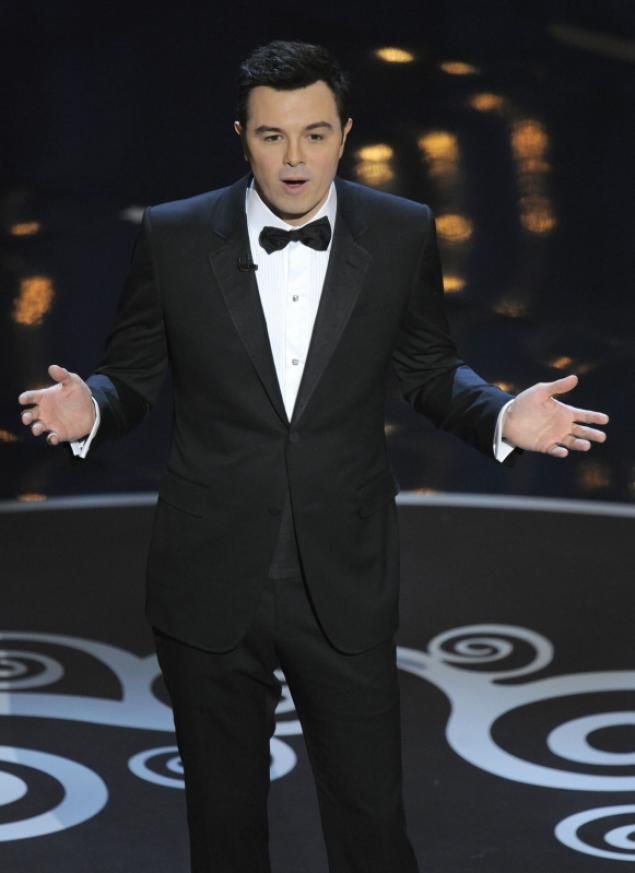 Oscars host Seth MacFarlane shocked the crowd of Hollywood’s biggest names Sunday night at the Dolby Theatre by comparing the violence towards women in “Django Unchained” to “a Chris Brown & Rihanna date movie.”

The “Ted” director was referring to the 2009 violent assault delivered on Rihanna by her R&B star boyfriend on the eve of the Grammy Awards. The two have since reconciled.

There was an audible gasp after that joke – but MacFarlane didn’t stop there.

He compared the overuse of the “N-word” in “Django” to a transcript from a Mel Gibson audio tape.

“A lot of controversy over the multiple uses of the n-word in [‘Django Unchained’],” he said. “I am told the screenplay is loosely based on Mel Gibson’s voicemails.“Oh, you’re on his side,” MacFarlane said after another batch of silence.

Not everybody, though, was outraged by MacFarlane’s routine.