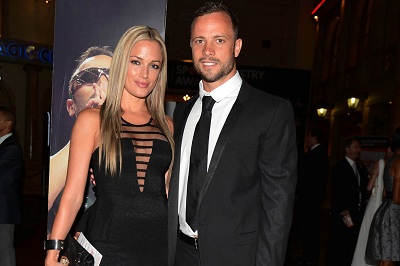 We all heard of South African Star athlete Oscar Pistorius(The Blade Runner) who shot his model girlfriend dead on valentines day.The claims that it was an accident due to a valentine’s day surprise has been ruled out by the South African Police as he’s being tried for murder.

A graphic cartoon strip has been published by City Press depicting the last moments before Oscar Pistorius allegedly shot his girlfriend dead.

Shocking new revelations keep creeping up as a bloodied baseball bat was recovered from his mansion.They are still trying to determine if he used it on her…

Also, several people have testified about his fascination with guns and anger issues.His ex girlfriends have also said he is not what he claims to be.

The latest theory is that, Pistorius may have shot Miss Steenkamp in a fit of so-called ‘steroid rage’ – an explosion of aggression caused by performance-boosting steroids.

‘Steroid drugs were found at Pistorius’s home together with evidence of heavy drinking. That’s why police have specifically ordered that he be tested for steroid