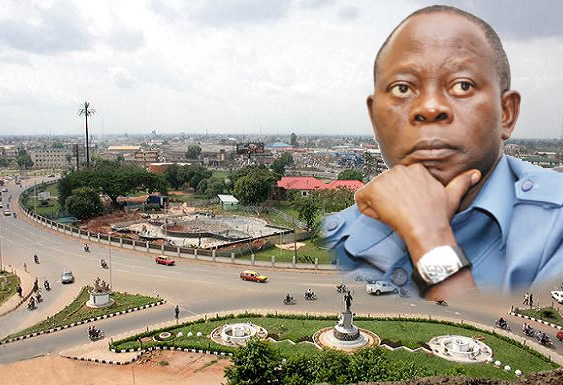 The drain on states’ meagre resources by the Federal Government’s Good Governance tour, led by Minister of Information and Orientation, Mr. Labaran Maku was brought to the fore when governor of Edo state, Comrade Adams Oshiomhole revealed how he turned down a proposal from the GGT’s team for the state to sponsor its visit.

Oshiomhole who said that he was not prepared to spend the state’s limited resources to finance the jamboree, was speaking at a seminar on Tax Laws in the state, organised by Edo State Board of Internal Revenue, in Benin.

explained that he had opposed the.

According to Oshiomhole, when the proposal for state governments to sponsor the team came up at the Governors’ Forum, he opposed it. Reason: the Good Governance team had sent in a proposal, imploring him to provide accommodation, feeding and logistics for over 120 delegates, when they visit the state next week.

Oshiomhole, who decried what he called the ‘bogus proposal’ from the team, said: “Whenever Edo State government officials travel to Abuja for official duties, the state takes responsibility and not the Federal Government.

“So, it is not proper to use Edo State tax payers’ money to finance a Federal Government programme. If they pay me a courtesy visit, I will receive them, but I don’t have a dime to spend on them because I do not need them to come to tell Edo people how I built roads and schools. My achievement speaks for me.”