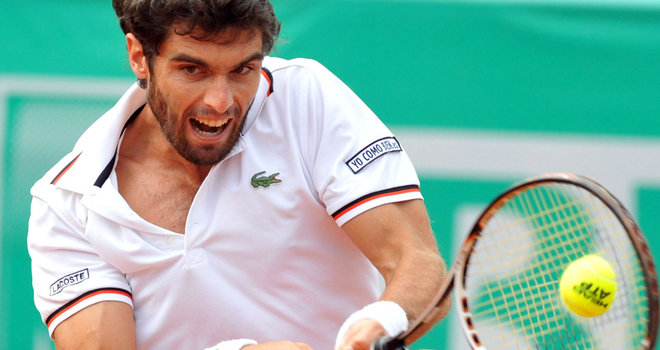 Pablo Andujar was the surprise first round faller on a rain-delayed day at the Copa Claro in Buenos Aires after four hours of poor weather had kept the players off court.

The seventh seed was eventually defeated by Spanish compatriot Albert Montanes, despite winning the opening set, Andujar suffered a 5-7 6-2 6-4 defeat.

There was to be no fairytale for Italian Paolo Lorenzi as he was ousted in just 58 minutes by third seed Stanislas Wawrinka 6-3 6-3.

2009 champion Tommy Robredo showed no signs of letting up against qualifier Gastao Elias, easing past the Portuguese man 6-3 6-0.

The local fans did have some cheer, though, as Buenos Aires native Leonardo Mayer booked his place in the next round with a 5-7 6-2 6-3 victory over Simone Bolelli of Italy.

However, Martin Alund could not match his Argentinian counterpart as he was eliminated 7-5 6-1 by German qualifier Julian Reister.

Daniel Gimeno-Traver and Andrey Kuznetsov also made it through the first round, after victories over Filippo Volandri and Dusan Lajovic respectively