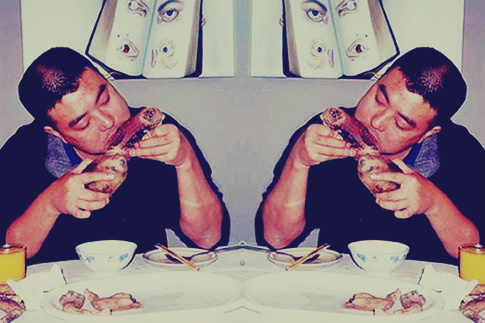 A North Korean man suffering starvation was put to death after it was learned he ate two of his children, a new report claims. While the man’s wife was away, he reportedly killed his eldest daughter and then his son after he had witnessed the murder. ‘We have meat,’ he told his wife on herr return.

Life in famine-ravaged North Korea does not appear to be getting better now that Kim Jong Un has succeeded his infamous father, Kim Jong Il.

A man in South Hwanghae, North Korea was put to death by firing squad after it was learned he had eaten his two children, the Sunday Times reported, citing a story in the Asia Press.

“In my village in May, a man who killed his own two children and tried to eat them was executed by a firing squad,” an unnamed citizen journalist told Asia Press, which is based in Osaka, Japan. “While his wife was away on business he killed his eldest daughter and, because his son saw what he had done, he killed his son as well. When the wife came home, he offered her food, saying: ‘We have meat.’“

North Korea would neither confirm nor deny the account of the execution, the Telegraph reported, but it is not the first time that the communist regime is believed to have punished residents who resorted to cannibalism in order to stay alive.

After defecting to South Korea in 2001, a former official under Kim Jong Il told Asia Press that he had heard of more than a dozen cases of cannibalism in the North.

“In a village in Chongdang county, a man who went mad with hunger boiled his own child, ate his flesh and was arrested,” the official from the Korean Worker’s Party told Asia Press.

Human rights groups estimate that more than 10,000 people may have died last year due to starvation in the famine-plagued country.

Meanwhile, the latest report on cannibalism comes at a time of renewed tension between North Korea and the United States.

Last week, Jong Un lashed out at the U.S. as the “sworn enemy” of North Korea, and vowed to restart nuclear and long-range missile testing.

That posturing drew a sharp rebuke from Secretary of State Hillary Clinton.

“With a new young leader we all expected something different,“ Clinton said Monday during a State Department broadcast. ”We expected him to focus on improving the lives of the North Korean people, not just the elite but everyone. Instead he has engaged in very provocative rhetoric and behavior.”