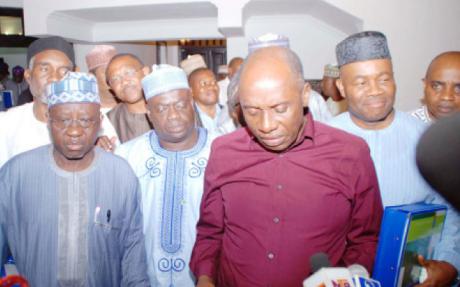 The leadership of the Peoples Democratic Party (PDP) has thrown its weight behind the newly formed PDP Governors’ Forum (PGF), saying it was long overdue.

In a statement yesterday issued by the party’s National publicity secretary, Chief Olisa Metuh, the PDP commended the governors for taking the bold initiative, adding that the party was optimistic that it would be an effective platform to project its activities and the successes recorded by PDP-led governments across the board.

He said: “The leadership of PDP commends the PDP state governors for having formed the PDP Governors’ Forum and electing a new chairman. It is long overdue for the PDP to have its own governors’ forum with its own chairman.

“The new PDP Governors’ Forum must therefore use its large membership to project the people-oriented policies and programmes of the PDP as well as the successes recorded by PDP-led governments across the board.”

The PDP also tasked its caucus in the National Assembly to toe the line of the governors and see it “as a tonic for them to engineer their caucuses in both the Senate and House of Representatives to ensure that their activities and debates are dominated by PDP objectives and our manifesto”.