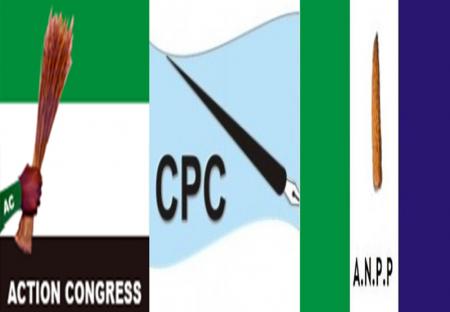 Reacting to the unveiling of the new name, the National Chairman of the PDP, Dr. Bamanga Tukur, said that his party was not losing sleep over the development as the merger of the opposition did not pose any threat to the PDP.

Tukur, in what seemed like a boast of the strength and spread of the PDP said there was no polling unit in the country where his party was not represented, submitting that the “weak political parties” were coming together because they realised that individually, they did not have the strength to go into war with the PDP.

He described the ruling party as the Messi of Nigerian politics.

Messi, an Argentine striker with Barcelona of Spain,  is the current holder of the Ballon d’Or title and is reputed to be a master of the game.

Tukur said, “It does not mean that we want to be a party without opposition, in fact opposition is a charge to action.

“People tend to believe that when they see people coming together they will do well. If they have the strength why do they come together?

“If you go for a contest you have the striker, you know Lionel Messi? PDP is Messi in that contest. They (opposition) are not a threat at all; it is better, it will inspire the PDP to action. In that contest (merger) tell them Chairman said PDP is the Messi.”