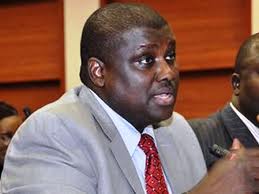 There appears to be no end in sight to the rift between the Senate panel investigating the fresh N195 billion pension scam and the chairman of the Pension Reforms Task Team, Abdulrasheed Maina, as the panel has accused Maina of ridiculing the administration of President Goodluck Jonathan.
The vice chairman of the Senate Joint Committee on Public Service and Establishment and State and Local Government Administration, Senator Kabiru Ibrahim Gaya (ANPP, Kano South) told journalists in Abuja yesterday that by ignoring the panel and suing the Senate and the Inspector-General of Police, Mohammed Abubakar, Maina had shown that he was proving to be too powerful.
According to Gaya, if Maina escapes man’s judgment over the alleged pension fraud, he cannot escape God’s.
He said: “We asked the police to arrest Maina for severally refusing to appear before us on. The Senate president issued a warrant of arrest and we learnt that the police declared him wanted, but the following day, Maina told journalists that he was around and that the police could arrest him if they wanted to do so. But up till now, we haven’t heard of his arrest.
“How can an ordinary assistant director be so powerful that when we asked the permanent secretary in the Office of the Head of Service to re-assign him to another position, he (the permanent secretary) said he could not do so unless he was cleared from the above? Where is the above? If an ordinary assistant director could have the gut to sue the Senate president, the entire Senate and even the Inspector-General of Police; that is ridiculing the government.”