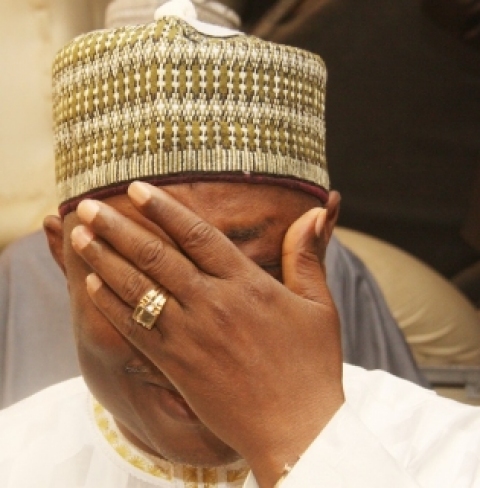 Embattled Pension thief, Mr. John Yusuf, will remain in prison custody for the next seven days before an Abuja Federal High Court decides whether to grant him bail or not in a fresh four-count charge proferred against him by the Economic and Financial Crimes Commission.

Yusuf had been remanded in Kuje Prison, Abuja, since he was arraigned for the new charge on January 30.

The court, presided by Justice Adamu Bello, on Tuesday, fixed February 12, 2013, for the hearing of his application for bail.

Information Nigeria recalls that Yusuf was re-arrested over the new charge after a Federal Capital Territory High Court handed-down a two year jail term or fine of N750,000 for conniving with others to defraud the Police Pension Office of N27.2bn – a judgment considered a slap on the wrist by majority of Nigerians.

After pleading not guilty when he was arraigned for the fresh charge on January 30, Justice Bello had remanded him in prison custody, pending the determination of his bail application.