At a special reception held in honour of the Super Eagles at the Banquet Hall, State House Abuja on Tuesday evening, President Goodluck Jonathan doled out millions of naira, plots of land in Abuja and national awards on the players and officials of the team for lifting the Africa Cup of Nations.

The players and officials were decorated with the national honours by Jonathan shortly after he announced the largesse.

Not done with the cash rain, billionaire business moguls and former bank execs., Tony Elumelu and Jim Ovia donated half a million dollars each to the Super Eagles, while Africa’s richest man, Aliko Dangote splashed N5 million on each player and technical crew of the Super Eagles. 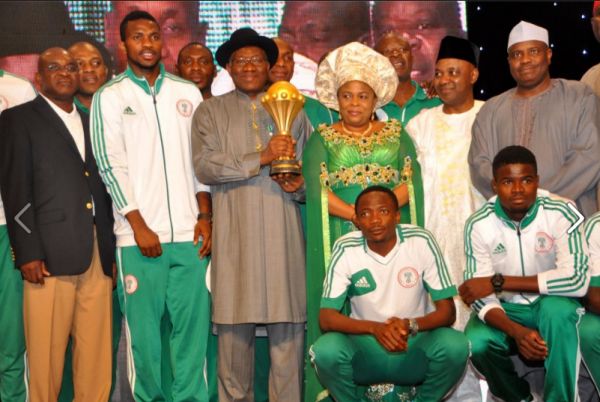 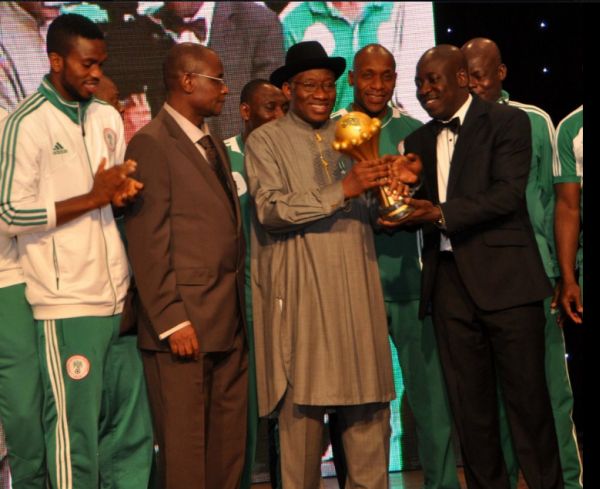