These pictures was sent from people present at Transcorp Hilton yesterday afternoon when the ‘lady man’ you see below put on a show for everyone. 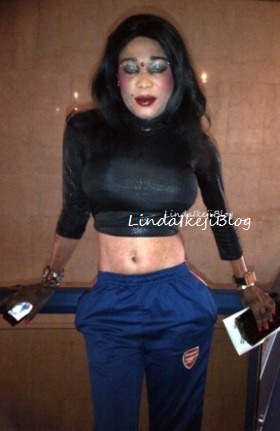 The security guards at the hotel said she initially came into the hotel as a man, then probably went into the restroom to turn herself into a woman…with those boobs and things stuffed in her tracksuit pockets to create fake hips.

When quizzed, she said her name was Regina who just returned from the US and came to the hotel for business. She told people she was a model and gladly posed for pictures.

Do you think fierce Regina is a man or a woman? 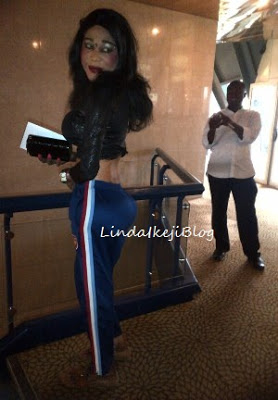 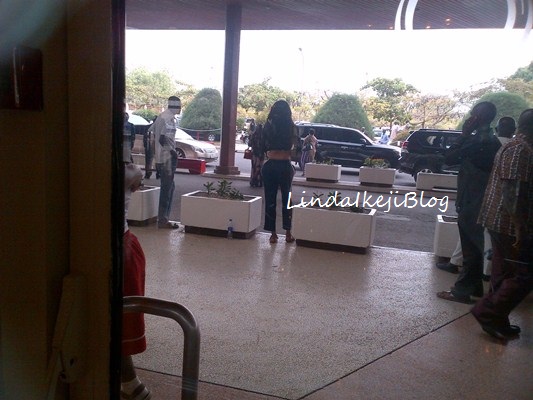