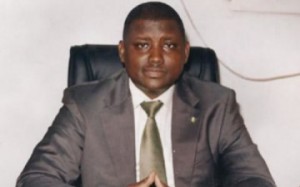 Alhaji Abdulrasheed Maina of the Customs, Immigration and Prisons Pension Office (CIPPO) has been declared wanted by the Nigeria Police Force for failing to appear before the Senate Joint Committee on the investigation of pension fund.

The Senate had issued a warrant of arrest mandating the Inspector-General of Police to arrest and produce Alhaji Maina before the Senate joint committee on the investigation of pension fund. Since then, it was gathered that Maina has gone into hiding, making it difficult for the police to execute the warrant.

The force spokesman, CSP Frank Mbah, who announced this on Friday, said that consequently, the Inspector-General of Police directed all AIGs in-charge of zonal commands and state Commissioners of Police to spread their dragnets to all nooks and crannies of their respective areas of jurisdiction in search of Alhaji Maina.

The statement said the IGP also directed all operatives of Federal Intelligence Bureau (FIB), Force and State CID to join for the man-hunt. Furthermore, he added that the IG wishes to appeal to well meaning citizens and the general public with useful information on the whereabouts of Alhaji Abdulrasheed Maina to volunteer such information to the nearest police station.