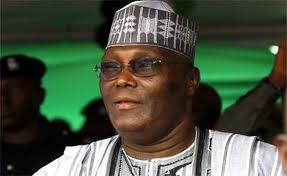 Former Vice President Atiku Abubakar has described Polio as a crippling and possibly fatal infectious disease that robs innocent children of their future.

Atiku said in the last six months alone there have been 38 reported cases and one case recently over the border in Niger. Atiku drew attention to a report published last year by the, New York Times which says “Afghanistan pushed down the number of cases to 17 so far in 2012 from 80 in 2011.In a statement by his media office in Abuja at the weekend, Atiku said: “Polio robs children, their countries and their cultures of a future.” “While there is no cure, there are safe and effective vaccines. Therefore, the strategy to eradicate polio which is based on preventing infection by immunizing every child to stop transmission is a sound, prudent and successful approach, which must be allowed to happen with the full support of every Nigerian,” he said.

Pakistan drove its polio burden down to 30 cases as of mid-August2012, but has run into difficulties because of opposition from the Taliban and Muslim religious leaders who depict vaccination campaigns as a cover for espionage. Nigeria experienced a drop in cases in 2010 followed by an upsurge to 84 cases in 2012, mostly in areas where militant groups are fighting and people distrust Western vaccines.” He said the time has come to end the small-minded conspiracy theories of the past and place children before the politics of the moment.

The former Vice President, however, acknowledged the laudable efforts of traditional rulers across the nation in general and the Emirs in particular in assuring their subjects on the good intention of the polio vaccination programme. He appealed to the Imams and prayer leaders to deliberately include words of assurance on the safety of the programme in their Friday messages. “I call on every Nigerian organization regardless of geography, ideology or ethnicity and every Nigerian man, woman and child to help end this wretched disease and help successfully conclude the national vaccination campaign to help every Nigerian child have a future filled with hope and opportunity,” Atiku said.