Home Metro News President Jonathan will resist all attempts to lure him to talk about...
Facebook
Twitter
WhatsApp 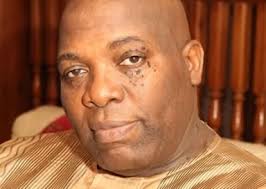 The Senior Special Assistant to the President on Public Affairs, Dr Doyin Okupe has said that President Goodluck Jonathan will not be distracted from his commitment to transform Nigeria by premature comments concerning whether or not he will seek re-election in 2015.

Dr Okupe in a statement made it known that while the Presidency had noted the story currently circulating in the media and social networks to the effect that President Jonathan allegedly signed an agreement with some Peoples Democratic Party (PDP) governors prior to the presidential primaries in 2011, the president would not allow such considerations to distract him from his determination to improve the economic and social well being of the Nigerian people.

According to Okupe, “From time immemorial, for every major event or contest in the world, there is always a time and a season apportioned. We wish to state categorically that this is neither the time nor the season to begin electioneering campaign or related discourse for the 2015 presidential elections and so President Goodluck Jonathan will not jump the gun… Mr President will, therefore, stoutly resist any disguised or open attempt to drag him into any debates, arguments or political discussions relating to a presidential election in 2015.

“The president considers this as an invidious attempt to sway him from his chosen pursuit of the set out constituents of the transformation agenda which form the basis upon which Nigerians overwhelmingly elected him to steer the ship of the nation in 2011.

“For the purpose of emphasis, the present focus of President Jonathan include: Completion of ongoing projects in the power sector to ensure that Nigerians enjoy steady power supply for domestic and industrial purposes; ensuring improvement of infrastructure in road, rail and air transportation in every part of Nigeria through speedy completion of major ongoing road projects, construction and rehabilitation of rail lines as well as rehabilitation and modernisation of our airports,” Okupe stated.