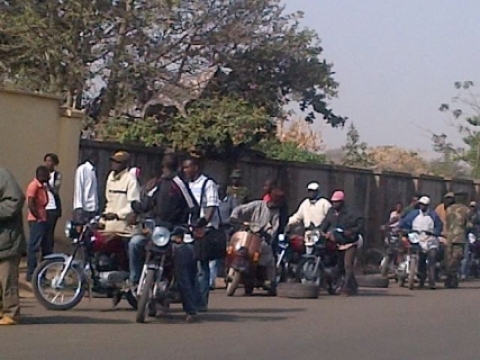 The presence of commercial motorcycle operators in most state capitals of the federation is not only a common sight but an alarming development as the teeming number of unemployed Nigerians find in it, a veritable source of employment. But following security concerns and the unchecked infiltration of unregistered and poorly trained motorcycle riders, most states have restricted the operations of these riders to outside the capitals.

In this vein, the Kaduna State government last week disclosed its plan to also ban the operation of commercial motor cyclists also known as Achaba riders. The ban will affect the state capital, Kaduna, Zaria and Kafanchan.

Commissioner of Information, Alhaji Saidu Adamu, had while briefing newsmen at end of the weekly state executive council meeting said arrangements for the ban had almost been completed and to give it legal backing, he said the state commissioner of justice Barrister Jonathan Adamu Kish, had been directed to work on a bill to be presented to the State House of Assembly.
To cushion the effects of the ban, he said the state government will disburse 700 tricycles to the affected bike riders.
The Civil Rights Advocacy Association has condemned the proposed ban on the operation of Achaba riders in parts of Kaduna State. In a letter addressed to the state House of Assembly, Secretary of the group Mallam Nasir Abbas and Director of Public Affairs, Suleiman Ahmed said the ban on Achaba operations would have a multiplying effect on crime rate in the state.
“Rather than outright ban, we wish to request that an alternative means of absorbing the teeming population of restive youths be provided, with a well defined campaign for re-orientation to educate the populace of the sincerity of the government policies and actions,” the group said.
AdvertisementClick Here To Join The 10,000 Naira Giveaway For 100 People!