Home Entertainment Pulmonary Embolism: Learn About What Killed Goldie and How To Avoid It
Facebook
Twitter
WhatsApp 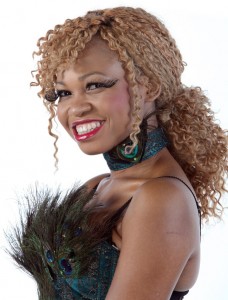 A Pulmonary Embolism (PE) is a blood clot in the lung. The clot usually forms in smaller vessels in the leg, pelvis, arms, or heart, but occasionally the clot can be large. If the pulmonary embolism is large, it may be capable of such a large mismatch, the patient cannot get enough oxygen into the blood and can be become acutely short of breath which may lead to death.

CAUSES
Several risk factors can make a person more likely to develop a blood clot that can eventually break loose and travel to the lung which includes
1) Immobilization (which reduces flow),
2) Damaged vessel wall (which forms a location for clot to start)
3) Hypercoagulable state (which makes it easier for blood to clot)
4) Trauma and Injury to leg or arm
5) Heart disease
6) Burns
7) Previous history of blood clot in the legs (Deep Vein Thrombosis) or pulmonary embolism.
8) Cancer.
9) Pregnancy, estrogen therapy and oral contraceptives.
10) Certain protein and enzyme deficiencies.

SYMPTOMS
Not all pulmonary embolism exhibit the same symptoms but the common ones are; Chest pain,shortness of breath,anxiety,cough,sweating and passing out

TREATMENT
Some people with pulmonary embolism are critically ill. They have severe shortness of breath, low blood pressure, and low oxygen concentrations.
Patients with chest pain will be placed on a heart monitor, and usually an IV will be inserted, labs drawn and an electrocardiogram (EKG, ECG) ordered.
The most frequently used treatment for pulmonary embolism include;
1) Oxygen.
2) Blood thinning medications (Anti-coagulants like Heparin,warfarin and enoxaparin)
3) “Clot buster” medications (also called thrombolytics) are given to those who are critically ill.
4) In some life-threatening cases, the patient is taken to a radiologic surgery by an interventional radiologist.

PREVENTION
A frequent cause of pulmonary embolism is a long car or airplane trips when the blood pools in the legs and forms a blood clot that then breaks loose and travels to the lung.

Stop at least every 2 hours on a car trip and stretch the legs and walk.
On long airplane flights, get up and walk the aisle at least once an hour to prevent blood clot formation.
After surgery, compression units are placed on the legs that function like the leg muscles, to help clot formation. Anitclotting medications are also utilized.

May Goldie Harvey’s soul Rest in peace.
For enquiries,questions,suggestions or comments, follow  @PHARMACY365.