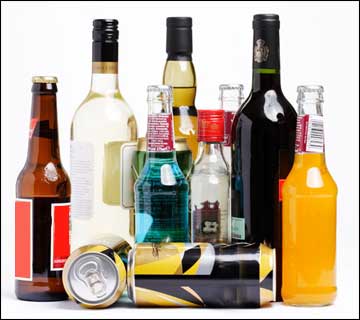 A motion seeking to ban the sale of alcohol and drug related substances in and around motor parks in Nigeria sponsored by Rep. Ismail Inah Hussain, was yesterday thrown out by the House of Representatives.
In his motion, Rep. Hussain sought to call on the federal government to, among other things, “ban the sale of alcoholic drinks and other drug related substances in the federation.” He argued that alcohol consumption increases the risk accidents to motorists and pedestrians, leads to high risk road use behaviours such as over speeding or not using seat-belts.
“Recent study by the Lagos State government revealed that 22 percent of drivers in the state tested positive for alcohol and drug related substances. Most of the accidents that occur on Nigerian roads are attributable to the influence of alcohol and hard drugs. This menace is aggravated by the easy access of drivers to these road unfriendly substances,” the lawmaker said.
However, when the question was put to a vote by Speaker Aminu Waziri Tambuwal, the lawmakers overwhelmingly rejected the motion saying the issue lies within the purview of local government councils, therefore such an idea should be referred to councilors
Advertisement