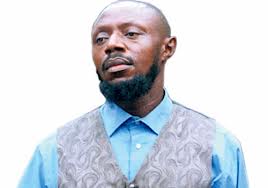 A Court of Appeal sitting in Lagos, has affirmed the judgement of a Lagos High Court delivered on 11 January, 2007 that the General Overseer of Christian Praying Assembly, Chukwuemeka Ezeugo (alias Rev. King) should die by hanging for the murder of Ann Uzoh, one his church members.

Ojo, in his evaluation of evidence, argued that there were contradictions in the evidences given by the witnesses. Moreso, the appellant, through the case, proved the alibi that he was not at the scene of the incident.

However, all the grounds of the appeal were resolved against Rev. King because the judge said the witnesses gave evidences of how the victim was killed, especially the evidences from the 10 prosecution witnesses. In her conclusion, Justice Akinbanmi said: “the evidences against the appellant were overwhelming and damaging. Therefore, all the grounds of appeal were resolved against the appellant. The judgement of the Lagos High Court delivered on 11 January, 2007 is upheld and affirmed.”