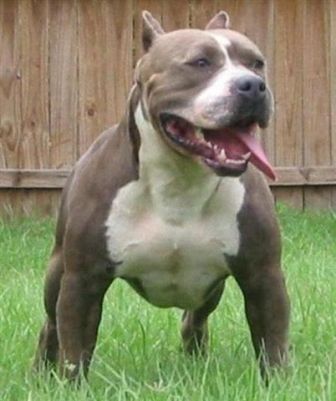 A Texas toddler was mauled to death by a pit bull as the canine’s owner watched the bloodshed from his doorway and did nothing to stop it, according to the child’s parents.

Isaiah Aguilar, 2, was playing with his sister outside his home in Sabinal, Texas, shortly before the attack. The girl blew up a balloon for her younger brother, but it blew into their neighbor’s backyard. Little Isaiah chased after it toward a tied-up female pit bull.

“My daughter (saw) somebody open the door and look out and said he just shook his head and shut the door,” said Richard Aguilar, the boy’s father.

The child’s screams drew his father and brother to the scene. By the time they arrived, the bloodied youngster was no longer breathing, reported local ABC-affiliate KSAT.

“He had bites all on his arms, puncture wounds to his stomach, and bites on his neck,” Aguilar said. “There was a lot of blood.”

Aguilar was almost attacked by the dog before seizing his dying son and calling for help. Another neighbor performed CPR to no avail.

Police arrived and brought the child to a hospital in Uvalde, where he was declared dead.

The pit bull is under quarantine in Uvalde until tests are performed on the boy.

A judge will decide what will happen to the dog and its owner, officers said.

“I just want all this to be a nightmare,” said Isaiah’s mother, Lisa Gonzales, as her family gathered around to console her.