Only one day after same sex marriage has been made legal in some of the countries, thousand of gay couples have already filed for divorce, claiming that they have made “a huge mistake”, local sources are reporting. 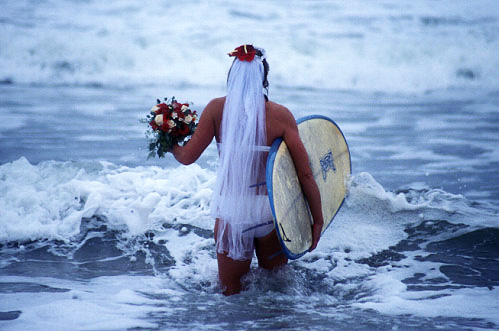 According to our sources, about 2 400 people have showed up this morning in front of the Baltimore court house with their attorneys, demanding that their one day marriages would be quickly annulled.

“I think we rushed into this,” said Roger Graham, newlywed homosexual. “I clearly wasn’t thinking yesterday when I got married to Steve, for God’s sake, I can’t spend the rest of my life with a man who doesn’t love the same organic food restaurants as I do, no matter how cute he is,” added Mr. Graham.

While many of the gathered in front of the Baltimore court house have stated that “in the heat of the moment they weren’t really thinking clearly”, others said that the second they got married, their relationship has significantly changed, making them “hate their partners, but not enough to kill them.”

“Everything changed the second we got married,” said David Raynolds, the 31-year old designer who has been in a relationship for more than 5 years.

“I used to love coming home and talking to Steve, but now, when he starts talking about stuff I literally stop listening the moment he opens his mouth,” added Mr. Raynolds. “For the first time, voters in Maine and Maryland voted to allow loving couples to make lifelong commitments through marriage — forever taking away the right-wing talking point that marriage equality couldn’t win on the ballot,” said Chad Griffin of the Human Rights Campaign, a national gay-rights group.

“But clearly, there can’t be marriage without rushed decisions and messy divorces; it’s all part of this sacred union between two people, so it’s all quite normal,” added Mr. Griffin. The outcome of Baltimore’s court house gathering made history today, making Maryland the first state in the world to allow same-sex married couples to divorce each other.