Since the announcement by Pope Benedict XVI of his resignation on February 28, 2013, which about ten days from today, the church polity has continued heat up towards fierce politicking towards who becomes the next Pope. 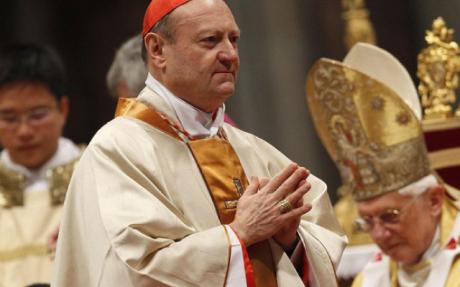 Openly campaigning for the papacy, however, is not only taboo, but usually fatal. Most cardinals are of the belief that if someone actually wants the job, they have no idea what it’s about. But this belief does not erase the thick background politics.

On the other hand, sometimes circumstances align to thrust someone into the spotlight, creating an opportunity to either boost or diminish his electoral prospects, even if that’s not officially the purpose of what’s going on.

Gianfranco Ravasi is the son of an Italian anti-fascist tax official who was lost to the young Ravasi for 18 months after deserting the army during World War II. In a typically reflective flourish, Ravasi later said his lifelong search for permanence is probably related to that early sense of loss.

While working on his doctorate at the Pontifical Biblical Institute, Ravasi spent time in Turkey, Iraq, Syria and Jordan on archeological digs, and later served as prefect of the prestigious Ambrosian Library in Milan.

The timing, however, means that Ravasi now has a rare opportunity to make a final impression on the other cardinals of the Roman Curia, who are certain to be among the kingmakers in the impending conclave.

Moreover, his words will certainly make the rounds in the form of written summaries and rebroadcasts on Vatican Radio, giving the whole world an indirect week-long look at the man who could be pope.

Meanwhile Cardinal Angelo Scola, 71, is viewed by many journalists as the leading Italian candidate. A scholarly figure with fluency in English and several languages, the archbishop of Milan is part of Communion and Liberation, a Catholic movement of moderate conservatism with influence in Italian politics.

Scola’s interest in bioethics and upholding traditional moral teachings does not suggest a prelate like Cardinal Angelo Roncalli, who was primate of Venice and elected pope in 1959. As Pope John XXIII, he called the Second Vatican Council (1962-65) which began a course of modernization that the last two papacies have tried to reverse.

Although Scola has the personable traits and language skills to serve well as a pope in the media age, his deep intellectual interests suggest a man who, in the eyes of other cardinals, may be too cerebral, given to resemble the academic obsessions of Joseph Ratzinger before he became Benedict XVI.

Cardinal Angelo Bagnasco, 70, Archbishop of Genoa. He made headlines last year for attacking then-Italian Prime Minister Silvio Berlusconi and other Italian leaders as unethical role models. He’s “fairly savvy about both secular politics and the media,” writes National Catholic Reporter Vatican specialist John Allen. He is ranked as one of the top possible picks.

Church historian Matthew Bunson said that Bagnasco is “an intellectual heavyweight” who speaks multiple languages. Bagnasco has twice been president of the Italian bishops’ conference.

It was only a year ago that Cardinal Timothy M. Dolan, the archbishop of New York, received his red hat in Rome, marking him as one of the princes of the Roman Catholic Church.

But suddenly, he found himself in even more rarefied company, with his name mentioned alongside those of more long-serving cardinals as a potential next pope, even though, by all accounts, his chances are said to be slim.