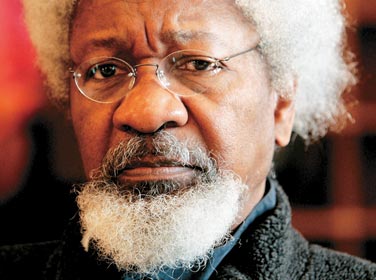 The ongoing Good Governance Tour led by the Minister of Information and Orientation, Mr. Labaran Maku, has been described as a big scam.

This was the verdict of Noble Laureate, Professor Wole Soyinka, on Friday in Benin City while speaking with journalists at the Edo State Press Council Centre when he made an unscheduled inspection of the historical Benin Moat on which the fence of NUJ secretariat rests.

Asked amongst other questions what was his impression of the federal government tour, Soyinka said, “I am happy that Oshiomhole told the leader of the Good Governance Tour, Labaran Maku, to go to hell. It is a big scam.”

Soyinka’s condemnation came barely forty eight hours after the opposition party, Action Congress of Nigeria (ACN), called for the immediate stoppage of the tour which it described as an illegality.