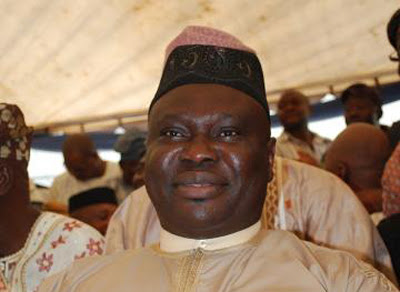 Is it for money or what? Why should a married woman be sleeping with a married man…

Lagos State Speaker, Adeyemi Ikuforiji had more than he bargained for recently as he was embarrassed by the husband of a staffer at the Lagos State House of Assembly, Mr. Ogundele.

Sources said the husband of the woman, said to be a member of the protocol team, accused the Lagos speaker of having an ‘extra marital affair’ with his wife, Mrs. Ogundele.

He was said to have stormed the speaker’s office and seriously warned the number three citizen of Lagos State to stay off his wife or be ready for his action. Insiders revealed security detail and other stake holders around quickly moved in to contain the situation.

The speaker who is facing litigation for fraud, in a move to prevent the story from spreading, ordered his alleged lover, Mrs Ogundele, to proceed on immediate leave.

Olufamous.com gathered that following the action of Mr Ogundele, names of other women in alleged ‘sexual affair’ with the randy speaker has started flying around in the House of Assembly complex.