TB Joshua on Eagles’ Victory: “I Saw It Coming” 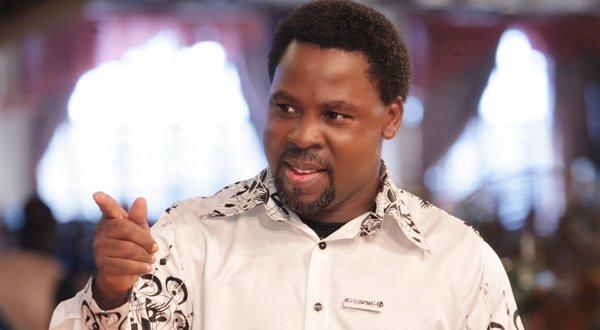 The victory of Nigeria’s Super Eagles over the Stallions of Burkina Faso at the final of the 2013 Africa Cup of Nations in South Africa yesterday did not come as a surprise to the General Overseer of The Synagogue Church Of All Nations, Prophet Temitope Balogun Joshua, who had on Thursday last week predicted that Stephen Keshi and his team would defeat their opponents to lift the Africa Cup.

Before the crucial final, T.B. Joshua said that though the match would be tough, the Eagles would win – and they indeed defeated Burkina Faso to win the coveted trophy Sunday night in Johannesburg, South Africa.

Speaking shortly after the match last night, T.B.Joshua noted that the Nigerian team won the match as he predicted.

“I told you that the Eagles’ case was like the biblical Jacob who wrestled with God, saying that unless God blessed him he will not let Him go. I saw the victory coming,” he said.

Prophet Joshua had churned out a lot of football prophecies that came to pass. He predicted that the Satellites of Ghana would win the 2009 World Youth Championship, WYC, that was hosted by Egypt. He also predicted the outcome of the matches between Ghana and Nigeria at the Nations Cup in 2008. Another preidction was Nigeria’s loss to Tunisia in the 2004 Nations Cup in the semi final. In the qualifying matches to the South Africa 2010 World Cup, he predicted that Coach Shuaibu Amodu would qualify Nigeria for the Mundial and it came to pass.

Even at the just concluded 29th edition of the Nations Cup in South Africa, the Prophet told the Super Eagles that they were going to concede a late minute equaliser against the Stallions of Burkina Faso in their Group C opener, which came to pass.

He was also able to predict correctly the outcome of the second semi-final clash between Burkina Faso and the Black Stars of Ghana, which saw Burkina Faso, beating Ghana through penalties.

His two predictions will live to haunt the Elephants of Ivory Coast for a very longtime as he once told them that they were going to reach the final of the 2012 edition of the Nations Cup in Gabon and Equatorial Guinea, but they would lose the trophy to the Chipolopolo of Zambia.

The second prediction that jolted Didier Drogba-inspired Ivory Coast was that the Eagles would send them packing from the South Africa 2013 Nations Cup which came to pass when they lost 1-2 to the Nigerian team.