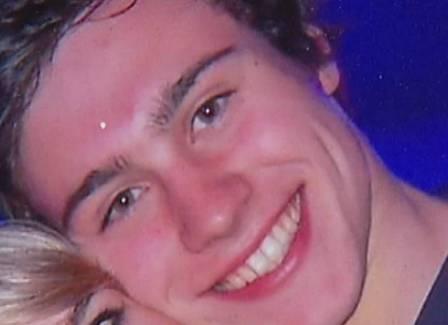 A British backpacker who went missing for three days in the harsh terrain and searing heat of the Queensland outback survived by drinking contact lens solution, his family said today.

Sam Woodhead, 18, was sunburnt and disoriented, but otherwise unharmed, when a helicopter spotted him yesterday afternoon in bushland on a remote cattle property where he had been working as a jackaroo, or farm hand. He had not been seen since Tuesday afternoon, when he left the homestead for a run, and grave fears had been held for his safety.

Mr Woodhead, from Kingston upon Thames, in Surrey, was flown to hospital in Longreach, about 80 miles from the farm, Upton Station, where he was put on a drip and underwent tests. His mother, Claire, who flew to Australia yesterday to join the search,said that she understood he had survived by drinking his own urine as well as saline contact lens fluid.

The boxes of lenses had been packed in an outer pocket of his rucksack by his father, Peter, before he left England, and Mr Woodhead had forgotten to remove them. He took the rucksack with him on his run, and found the lenses after drinking his one bottle of water.

His disappearance had sparked a mammoth search involving scores of emergency workers and locals, who scoured the sprawling, 3,200-acre property in helicopters and light planes as well as on quad bikes, horseback and on foot. The rescue effort had been hampered by the fact that no one knew what direction he had set off on.

Mrs Woodhead received the news that he had been found while in the air between Singapore and Brisbane. “Three hours before landing, the captain came and said, “We have some good news for you.” He handed me a piece of paper that said, “Your son Sam has been found alive and well.”

“I just sobbed, absolutely sobbed, and then jumped up and hugged the air hostesses and the captain. It’s been the worst three days of my life.|

Alex Dorr, a pilot with the North Queensland Rescue Helicopter, said Mr Woodhead – who is in Australia on a gap year – was lucky to be found alive in the “harsh and unforgiving” terrain. Daytime temperatures have reached nearly 40C in recent days, and there is little shelter or shade in the area. Waterways have dried up. Venomous snakes posed another threat.

Mr Dorr said: “Not that long ago, we had a guy who was missing for a much shorter time, and he passed away from dehydration.”

Queensland Police said Mr Woodhead – a health and fitness fanatic who hopes to join the army after his gap year – was “in a fairly good condition, safe and well apart from suffering a little bit of sunburn.”

The teenager, who is reportedly a fan of the Bear Grylls survival TV shows, arrived in Australia at about Christmas and planned to head home in October.