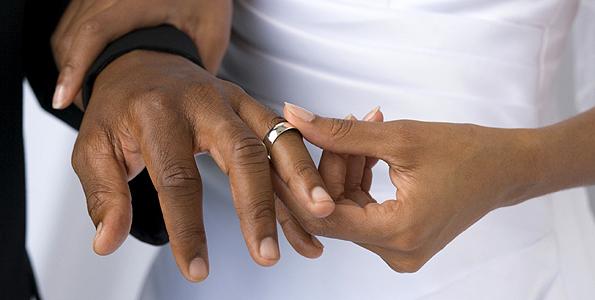 Heterosexual women today, in certain milieus, find themselves placed into one of two categories: too young to settle down, and too old to find a man. There is a window of opportunity to get married, but it is ephemeral almost to the point of non-existence. It falls at a different age according to region, or the idiosyncratic biases of one’s circle, but hovers around 27.

“Too young” refers not to teen marriage, but to any commitment entered into by a grown woman deemed still a child by those around her. Here’s how it works: A young woman hears from friends and family that she needs to focus on her career or education, not some guy.

She is warned of certain dangers: unsolicited male attention; unintended pregnancy, as if intended pregnancy were also a thing; and the desire hardwired into all straight men to turn their girlfriends into 1950s housewives. To entertain the possibility of it being difficult to find a husband, to even utter the expression “find a husband,” is to regress to another era. And this advice is incredibly appealing, a rejection of the quaint notion that female heterosexuality is the desire not for men, but for a white picket fence. And then, suddenly, the message shifts. A not-quite-as-young woman will learn that rather than having all the time in the world to start a family, her biological clock is about to strike midnight.

That even if she doesn’t want children, she is now on the cusp of being too old to find a husband. Hasn’t she heard of the man shortage, which only gets worse with age? 40-year-old men can (as will be news to most 40-year-old men) date any 23-year-old they want. And those degrees, that burgeoning career? Maybe feminist dreams shall be realized, or maybe it was just an elaborate mating strategy, tailored for an era when the highest-status men demand women with educational backgrounds simil

But individual cases are, well, individual. A 22-year-old may already have had all the dates or relationships she wanted, and be prepared to commit. While the woman of a certain age who regrets dumping a long-ago boyfriend has become something of a cliché, there probably are women who regret ending things simply because those whose advice they value urged them to move on. And while romantic options tend to decrease with age, there is no official end date to when a woman can find a husband. Let’s all become more accepting both of women settling down younger than the “right” age, and of women remaining unattached past that point. In the mean time, we as women may—and plenty have already done so—do as we please, and care less what those around us think.