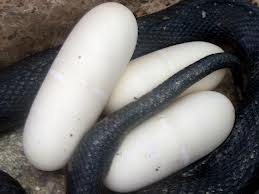 It all started about a few weeks ago, when Kyle Cummings came across with a clutch of nine eggs while playing in his family’s 3 acre property near the city of Townsville, in Queensland state.

Unaware of what the eggs actually carried, the young wildlife enthusiast brought the eggs home and kept them inside a box, leaving the box in the warmth of his bedroom closet. It was not until Donna Sim, Kyle’s mother, lost her soul in fright when she found the baby snakes writhing in her son’s wardrobe.

Seven of the nine eggs had hatched into deadly eastern browns. “I was pretty shocked, particularly because I don’t like snakes,” Sim told the local newspaper. Fortunately, Kyle had closed the box tight enough so as to confine the Eastern Browns.

Reptile specialist Trish Prendergast, who is also the Townsville-based reptile coordinator of the volunteer group North Queensland Wildlife Care, was handed the container on Tuesday and released the snakes into the wild that night.

Trish said that Kyle Cummings could have been killed if he had handled the eastern brown snakes – the world’s most venomous species on land after Australia’s inland taipan. “If he’d opened the container he might not be here today,” she said.

Snakes kill 3-4 people each year in Australia, most of them as a result of bites from Eastern Brown snakes.