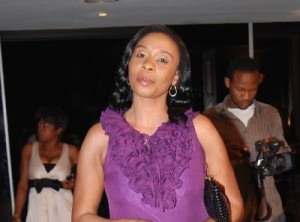 I have never dated a footballer in my life and I remember that when I started Bold Faces, three persons – Joseph Yobo, John Utaka and Julius Agahowa – told me the show would be great and that I should respect myself so that I could grow.

Till today, those words are still in my brain. My image problem was caused by my friends who are envious of me and the achievements I have made so far through the programme.

They thought if they created unpalatable stories about me the footballers would leave the show since they are known to avoid scandals.

They said I was dating Super Eagles players, but ask yourself why didn’t they say I was dating the other bigger players that I interviewed – Didier Drogba, Rio Ferdinand, Samuel Eto and Ashley Cole among others