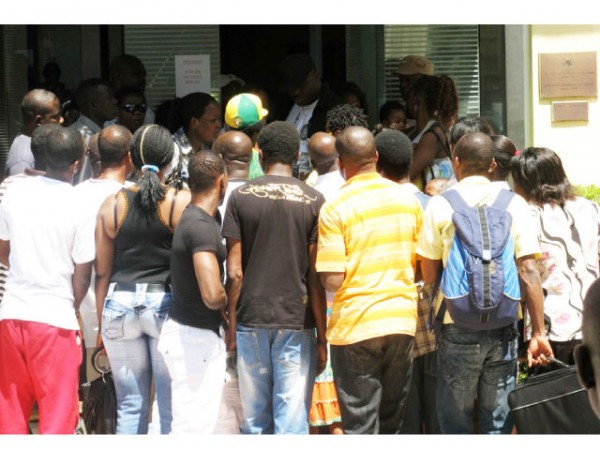 The high rate of unemployment in the country has again been brought to the front burner as Information Nigeria has learnt that about 16,000 persons have applied for the less than 100 jobs recently advertised by the Federal Judicial Service Commission (FJSC).

Since its widely publicized advertisement calling for applications from suitably qualified candidates on January 19, the FJSC which is located within the Supreme Court premises, Abuja, has witnessed a large turnout of applicants in their thousands who daily queue up for employment application forms.

The FJSC is the judiciary organ mandated to carry out recruitment of staff to fill vacant positions in the federal judicial civil service in the country.

Attributing the large turnout of applicants to the directive by the Federal Character Commission that the few vacant positions in the Court of Appeal must be advertised, a source disclosed that: “It is Federal Character Commission directive that led to the big crowd which is yet to subside. We have issued over 16,000 application forms in the last two weeks and we still have up to February 28 to complete the exercise of issuing the employment application forms.

“The forms are now issued on Monday, Wednesday and Fridays, while we use Tuesday and Thursday to receive the completed forms. We cannot stop the issuance of the forms before February 28; there is nothing we can do about it because that is what the Federal Character Commission insisted should be done,” the source added.