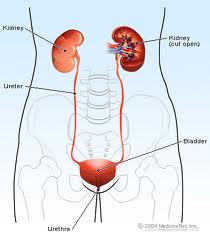 According to a report on DeeLinkage, a 24-year-old graduate of the University of Lagos, had to part with his kidney, just so he could graduate with a first class from the institution.

Here is the full story:

A University of Lagos (UNILAG) student who couldn’t swap kidneys to save his father’s life confessed in the hospital that he sold one of his kidney to graduate with a first class.

The 24 years old boy recollected how he sold one of his kidneys to the dean of his faculty a few days before his convocation. He says he was being threatened with the reality of having to spend an additional two years to his already prolonged eight years stay in the school.

He was nearly in tears while he explained why he couldn’t donate his last and only kidney to his father who is in desperate need of a kidney to survive.

Despite him graduating with a first class, it is sad to say he has never been able to secure an adequate job.

So with no kidney, no job, and no money, how does this young boy expect to save his dying father?

No job and not enough money…and now he needs a kidney to save his dad.