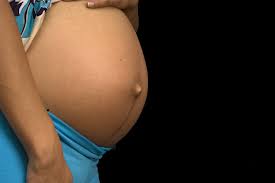 It is not uncommon practice to see heavily pregnant Nigerian women who are almost due, travel to the U.K or U.S under the guise of a vacation to have their babies there; reason, so their children can secure automatic citizenship of such countries.

In a bid to curtail such indiscriminate practice, the U.S Embassy has outlined conditions which have to be met before such a visa which falls under medical tourism category is issued.

US Embassy Chief of Consular Section, Ms. Carol Cox, in an interview with select journalists in Abuja, Thursday, disclosed that it would cost at least $60,000 to have a baby in the US. The amount may go as high as $140,000 if complications arise from delivery.

Cox said the proof of availability of such funds became necessary so as not to pass the bills of non-citizens while in the country on American taxpayers.
“We owe the American public who pay taxes to make sure that those who seek medical services in the US pay for such services. This is essential because there are those who have the money and are not willing to pay.
“It is very frustrating when you see a woman who is obviously pregnant, sometimes seven months gone, tell you during a visa interview that she is just going to the US for a vacation,” she said.