Boko Haram has released a video showing the French family which was kidnapped in Cameroon, near the border with Nigeria. 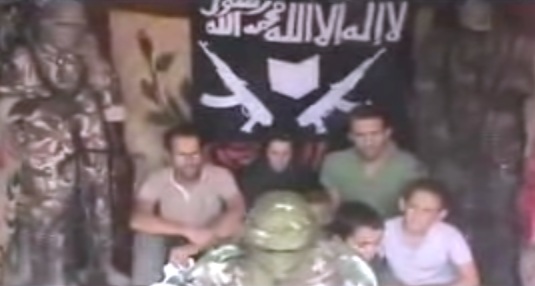 The three minutes 26 seconds video, posted on YouTube today, Monday, February 25, shows the seven members of the Moulin Fournier family, kidnapped on February 19: three adult members of the family – two men and one woman, and four children sitting between two armed men, masked, and in military fatigue, and a third who acted as the group spokesperson.

He accused France of waging war on Islam, and said the condition for releasing their hostages was for the Nigerian government to release all female jihadists imprisoned, while the Cameroonian government releases their male counterparts.

The release comes a day after a faction of the group told journalists in Nigeria they were pushing for a ceasefire and that the leader of the group, Abubakar Shekau, was in support of dialogue with the government.

French President, François Hollande, had mentioned Boko Haram as the kidnappers of the hostages. French and Cameroonian authorities also said the hostages were later taken to Nigeria after their kidnap in Cameroon.