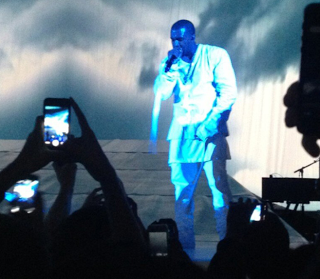 Kanye West may have gone too far on this, the rapper went on a rant dissing Justin Timberlake, Jay-Z’s collaborated track, “Suit & Tie”.

And going off on President Barack Obama saying,”I don’t give a f**k what the President got to say,” at the Hammersmith Apollo in London.

According to Kanye, the Grammy coordinators promised him he could open the show four years ago, then Lady Gaga became hot at the time, and opened instead of him.

He then added, “I’ve never won a Grammy against a white person.”

Watch video below:
b