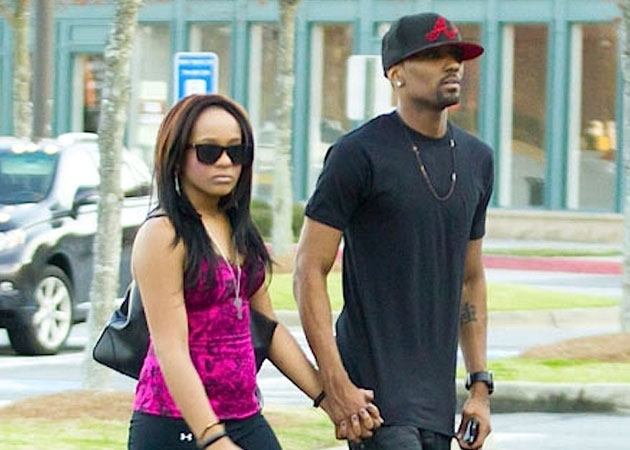 The tabloid includes a picture purporting to show the teenager’s alleged baby “bump,” and writes, “One year after Whitney Houston’s tragic death, family members fear that her emotionally fragile daughter Bobbi Kristina is both pregnant and suicidal.”

A so-called “insider” tells the Enquirer, “For weeks she’s been looking like she’s pregnant, and it’s a big worry because she has gone off the rails again, suffering deep depression.”

The magazine, which has recently published a number of false stories about Brown, claims her family believes she needs intervention to “pull her back from the brink of crisis.”

The Enquirer alleges that the teen’s behavior has recently become “frightening” and that “anything might send her over the edge” as the anniversary of Houston’s death approached.

Except the real Brown — not the “off the rails” Enquirer version — seems to be coping calmly and maturely.

“Home with love @nickdgordon **relaxing** having my only for my mom week ** she deserves it, she deserves the best especially in respect,” tweeted Brown on Tuesday.

What about the supposed pregnancy?

The Enquirer doesn’t bother giving any details, and fails even to identify Gordon or anyone else as the potential father.

The reason is simple: SHE’S NOT PREGNANT.

And when there’s no baby in the next nine months, the Enquirer will probably try to make everyone forget it splashed the false claim all over its cover.

A source close to Brown tells Gossip Cop the story is beyond “ridiculous.”