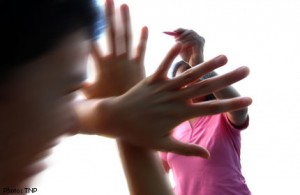 A woman accused of beating her housemaid to death has been arrested, Dubai Police said on Sunday.

According to the Police in Dubai, the young housemaid died after being tortured by the woman.

Speaking to journalists on Sunday, Deputy Director of Al Rashidiya police station said the incident happened late last month when the ambulance centre reported to the police that a housemaid was in a critical condition in a villa in Al Rashidiya.

Colonel Al Adeedi said this was the first murder that had taken place in Al Rashidiya this year.

“When we reached the crime scene, the housemaid was fighting for her life but she died before the ambulance reached there,” he said.

He said that there were deep wounds and cuts on her hands, legs and face.

“The housewife, who is the mother of several children, claimed that the housemaid fell down from the stairs,” he said.

The forensic expert, who checked on the body of the housemaid found she had been severely beaten and had suffered from severe wounds and cuts for more than a week and that she had been left without treatment, he added.

He added that the housemaid had been beaten with metal bars and it seems that she had also been lashed.

“There were two other Asian housemaids who work for the same family and they were also beaten up by the woman,” he said.

“One of the housemaid had her jaw broken and the other also had wound marks on her body,” he said.

According to him, one of the housemaid told police that the housewife beats them always, and that she was the one who killed the Ethiopian housemaid.

“The other housemaid was scared and she said she did not know anything, then she admitted to police that the housewife said to her that she would give her Dh50,000 if she did not tell police anything about the death of the Ethiopian housemaid.

“The father is accused of aiding his wife in her crimes but he is on bail because they have many children and they need someone to take care of them,” he said.

Colonel Al Adeedi said the friend was also released on bail by the public prosecution.

“The friend said she tried to advise her friend not to beat the housemaid but the woman is facing the charges of covering up crime,” he said.

He said the case had been transferred to the public prosecution for further investigation. [GN]