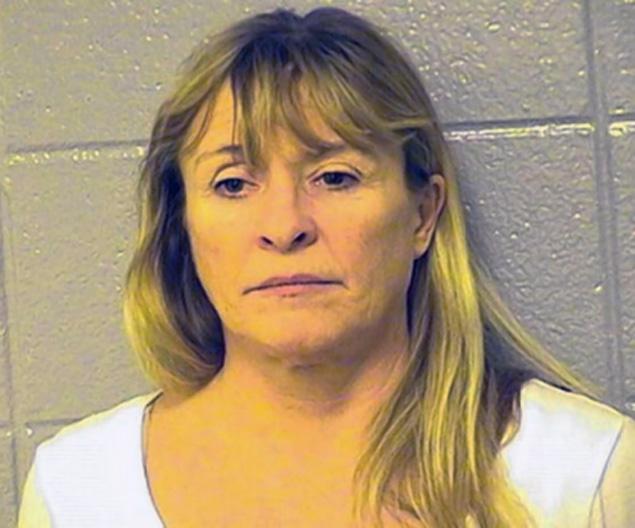 A man got a strange Valentine’s gift’ from his girlfriend when he tried to kiss her after an outing that resulted in an argument, she bit a large part of his tongue off.

Elaine Cook of Skokie and her 47-year-old boyfriend of 10 months got into an argument after returning from a Valentine Day outing. According to Assistant State Attorney Eve Reilly, Cook asked the unidentified man to leave and he put on his shoes and headed for the door.

But in a last attempt to make peace with her, the man turned around to make amends. ‘He told her they should stop fighting and went to kiss her and she bit off a large portion of his tongue.

Reilly said The man quickly rushed to the sink and Cook followed, spitting out the tongue into the counter. The man quickly put the severed tissue into an ice bag and called 911.

Doctors at Evanston Hospital were unable to stitch back the tongue due to ‘an inadequate blood supply,’ though the man can still speak. Prosecutors say that most of the right part of his tongue has been cut off.

The woman has been arrested and charged with aggravated battery. Her bail has been set at $100,000.