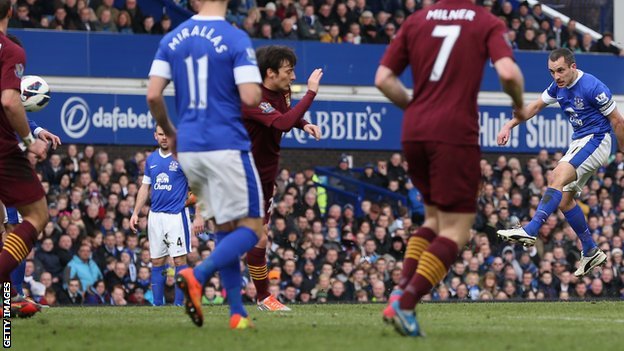 Everton manager, David Moyes celebrated 11 years in charge of the Toffees as his 10-man side all but put the nail to the coffin of Manchester City’s already-slim title hopes.

City failed to produce a stellar performance despite Steven Pienaar’s dismissal following a booking for a studs-up tackle on the hour.

The visitors had a strong penalty claim turned down late on but Everton sealed the win through Nikica Jelavic’s shot.

Substitute Jelavic’s superb breakaway injury-time effort rounded off a perfect afternoon and fully deserved win for the home side and manager Moyes following a difficult week.

Other weekend results from the EPL: