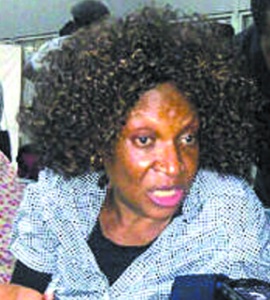 Neglect, sickness and poverty are three common themes that echo through the riveting tales of their lives.

This unholy trinity, which dominates the lot of this class of Nigerian actors, evokes the tripartite emotion of sympathy, hopelessness and, ultimately, anger.
Indeed, for many a Nigerian actor, what you see is not always what you get. On the screen, they are draped in colourful designers’ apparels. They have access to posh cars.

They occupy palatial buildings. In reality, they live a contrasting lifestyle, some of them barely surviving above the poverty line. This is a common narrative in the lives of many Nollywood veterans.

In the last few years, the plights of many veterans have become absymally precarious. Many of them died in penury. Others are now living under grave conditions. The growing prevalence of their gloomy denominator is giving observers of the entertainment industry concerns.

“It is really unfortunate that Nigerian actors have been left to die. I don’t know why calamity has chosen to befall the film industry,” lamented Chika Okpala popularly known as Zebrudaya.

She is fondly known as Peaceful Peace after her popular role as Madam Peace in Fuji House of Commotion, a sitcom created by the versatile Amaka Igwe of the Checkmate fame. But these days, peace is a relative term and a strange word for the ailing veteran Nollywood actress. Ngozi Nwosu now looks a shadow of her old buoyant self after being hit by a strange ailment.
Last week, the Imo State-born actress moved to a London hospital where she went for advance treatment for what was described a heart and kidney ailment that has been ravaging her for months. The trip was made possible by kind-hearted Nigerians who responded to a frantic appeal for N6.5m funds with the Lagos State Government donating a lion share of N4.5m and another N1m coming from MTN-sponsored Who Wants to be a Millionaire game show.

These days, death hoaxes about Pa Moses Olaiya (famously known as Baba Sala) is becoming one too many. What is not clear is who wants the Ilesha, Osun State-born multi-talented thespian dead.
There are those who believe that the 74-year-old actor who suffered stroke some few years back is on the brink of a total breakdown as his condition continues to grow worse. EE learnt that this veteran actor of Yoruba classics such as Orun Mooru, Mosebolatan and Agba Man is now a shadow of his old self.
Last year, the veteran actor and holder of MON national honour was celebrated at a special ceremony organized by National Association of Nigerian Theatre Arts Practitioners (NANTAP) in Lagos.
Olaiya who oversees a very large family hit a rough patch about two decades ago when his film, Orun Mooru which he shot with a bank loan was pirated. “It affected me seriously because we borrowed money to do the film,” he recollected. “The practice then was to borrow money from banks to do our films. The films were often done abroad, unlike today where they use video. The money we used to borrow then was so huge that it required heavy collateral. That was why my career almost took a dip,” he reflected.

“Today, we hear that artistes die here and there. It’s not because they want to, but because they can’t afford to stay alive. If my leg is finally amputated, it will be because of lack of money. Maybe, I should just say it is my luck that this is happening. Maybe I stepped on something but all I know is that I never offended anybody. I always like being on my own.” This was how Prince James Uche captured his predicament three years ago.
Not that there have been much changes since then as the talented actor continues with his battle with ill-health. Last year, news spread far and wide that the father of three was kicked out of his matrimonial home by his wife who was frustrated with his unending troubles.The 48-year-old actor who rose to fame in the 2001 blockbuster, Odigbo is still languishing in pains and crying for help.

Among the new generation, the name David Offor or Clarus might not strike a familiar chord. For lovers of that famous TV classic, The New Masquerade, Clarus is not just well-known, he  was one of the popular characters that kept millions of viewers glued to their TV with his antics and banters.
Today, life for Clarus is not the same again after he was hit several years ago by a strange blindness. At the moment, the Enugu State-based actor is on the list of Nollywood’s ‘endangered species.’
Offor who lamented recently about how he has been living in abject poverty and neglect, implored well-meaning Nigerians to come to his aid lest he goes the same way of some of the cast of the rested soap such as Gringory who passed on last year after langushing in penury and a protracted battle with stroke.

Among Yoruba movie enthusiasts, Ola Omonitan popularly called Ajimajasan or Baba No Regret is no stranger. What many don’t know, however, is why he has been out of circulation for such a long spell.
At 74, there may not be much left for Baba No Regret to prove after putting so many years into the Yoruba theatre. He is a veteran of several films and TV dramas including Omo Araye Le, Bata Wahala and Ogunlaye, which ran on NTA Network from 1981 to 1983.
Ajimajasan would have been history if he had not gotten a timely treatment for an ailment diagnosed as prostrate cancer.  The Ilesha, Osun State-born actor, who started acting in 1962, found a Good Samaritan in Aare Musulumi of Yorubaland, Alhaji Arisekola Alao, who paid the bill of his three-month treatment in South Africa last year.
Narrating his experience recently, Ajimajasan revealed that the situation drained him financially. “I wish I had developed my other skill as a furniture maker before I ventured into acting. That is why I advice younger artistes to have a Plan B,” he regretted.

The cliché, “life is an irony” aptly captures the pathetic condition of veteran actor, Romanus Uchenna Amuta famously known as Natty for his role in the classic TV series, Village Headmaster.
In a movie industry where stereotyping is a common trend, Amuta is many producers’ favourite for the role of a ‘Poor Man’ which is evident in his numerous movie credits both on TV  and in movies. In real life, Amuta barely lived above his stereotype character.
His case was worsened when he suffered a debilitating stroke in 2006. “Even the best clothes in my wardrobe were bought in 1984 when I made some reasonable money…” he recently recounted.
A tearful Amuta confessed unashamedly: “I’m so so so so poor that I could not even get a decent treatment for the stroke ailment that befell me when in its early days. Now that it is even worse, there is no money to even enjoy myself.” He added dryly, “Even if na small enjoyment before I quench like my mama wey die a long time ago.”
According to a source, Amuta who is now confined to his dingy three-bedroom flat on 7, Umuchi Nwoko Street, near the popular Agbani Road, Enugu State, now cuts the picture of a 90-year-old owing to his partial paralysis.
“I have reached out to my friends but it appears they have abandoned me to die. As for my relatives, they have tried but they can’t kill themselves. My children have also done their best for me,” lamented the Enugu State-born thespian.

After several rescue attempts by his friends and a few other admirers, Majek Fashek, veteran reggae sensation has defied all efforts to bring him back to his best. The Rainmaker as Majek is popularly known wandered on the streets of New York for several years but he returned to the country two years ago to re-establish his music career.
Several years ago, a group of his bosom friends made up of former members of the rested reggae band known Ja’stix rallied several personalities including Edo State Governor, Comrade Adams Oshiomhole to rehabilitate the reggae icon. But that effort was thwarted when he slipped out of the country without notice according to one of the arrowheads of that mission, Pastor Amos McRoy.
The latest effort by a burgeoning record label, A-Plus Global suffered a setback when the Little Patience crooner suddenly went missing.
Days later, another disturbing news emanated that the self-styled Prisoner of Conscience was chained at his Gowon Estate, Egbeda home over deteriorating mental health identified as schizophrenia. “We have given up on Majek, his situation is complex and defies solution,” regretted a source.

Ask veteran thespian, Elder Emma Edokpayi, life is no longer about milestones but moments. One of such life-changing moments albeit a sad one, occurred in 2004 when he suffered a devastating stroke.
For the veteran actor of many flicks and producer of the classic soap, Hotel De Jordan, it was as if life had come to an end. It was obvious that things will never be the same again following the partial paralysis which the father of four suffered as a result of the ailment. Unsurprisingly, movie roles dried up for him as producers and directors ignore him  for more physically fit actors.
Edokpayi was at a vulnerable moment in his life. However, not everyone abandoned the Edo State-born. Four years later, luck smiled on the actor when amiable life Patron of Movie Reporters Guild of Nigerian (MORGON), Andrien Gbinigie made a commitment to him of a yearly financial endowment of N400,000.
Since his ordeal, Edokpayi’s routine has been restricted to his Akute, Ogun State home where he still struggles to survive.

Abdul-Salam Sanyaolu
(Charles Olumo “Agbako”)
But for a lot of grit and some luck, 85-year-old Alhaji Abdul-Salam Sanyaolu formerly known as Charles Olumo was a few miles away from suicide at the height of his ordeal with a stroke. What’s more, life for the veteran Yoruba actor took a turn for the worse as poverty was added to his hydra-headed predicament.
Sanyaolu whose screen name was Agbako lamented: “I suffered stroke, my only bus got burnt and every member of my family deserted me. To survive, I sold my only house just for N300,000 which I used to foot my medical bill,” he lamented.
Luckily for the star of several Yoruba classics, his sad ordeal caught the attention of the benevolent leader of Synagogue Church of All Nation (SCOAN) in 2010. “A friend of mine took me to the Synagogue Church of All Nation (SCOAN) where I was given N500,000. God I thank you because I thought I would die in my abject poverty.”Agbako remembered.  These days, Agbako who can be found in his home in Ejigbo, a Lagos suburb is far from being well.

“Everybody has been avoiding me. Not even the president and members of my association, the Screen Writers Guild of Nigeria (SWGN) where I was the secretary or the Association of Movie Producers (AMP) where I was actively involved gave me any attention,” lamented gifted comedian, Victor Eze who is currently nursing a stroke.
That was in 2011. At the moment, not much has changed for the talented actor who brought smiles to the face of many Nigerians with his popular comic role as Alika in the sitcom, Fuji House of Commotion. Things are definitely not the same for Eze who has been hibernating at his Ikorodu, Lagos home.

“My Sperm Donor Was Not A Random Person”: Ini Edo