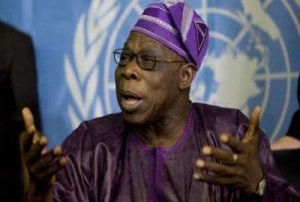 The Congress for Progressive Change has called for the trial of former President Olusegun Obasanjo for genocide over the 1999 invasion of Odi community in Bayelsa State.

According to the spokesman for the CPC, Rotimi Fashakin, sequel to the court description of the 1999 attack on Odi by Nigerian soldiers as genocide, Obasanjo should be arrested and tried before the International Criminal Court. The party catalogued two instances of mistreatment of two communities in the country and concluded that Obasanjo should be tried for the Odi massacre because he “harboured sadistic and malevolent intent” in dealing with the two communities.

It will be recalled that a Federal High Court presided over by Justice Lambo Akanbi on February 19, 2013 had ordered the Federal Government to pay N37.6 bn as compensation to the people of Odi over the invasion of their community by armed soldiers during the Obasanjo administration.

But the CPC said the payment of compensation as ordered by the court was inadequate adding that the ex-President should be tried for genocide.