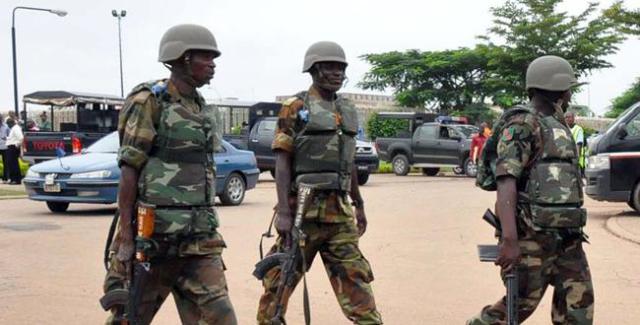 Nigeria’s military said Sunday that it killed 20 Boko Haram Islamists while repelling an attack by the extremist group in the embattled northeastern state of Borno.

“Boko Haram terrorists attempted to attack a military barracks (in Borno) at about 5:00 am (0400 GMT),” spokesman Lieutenant Colonel Sagir Musa said in a statement.

He said the attack occurred in the village of Monguno, about 200 kilometres (124 miles) from Borno’s restive capital of Maiduguri – where Boko Haram have been reputed to carry out scores of deadly attacks.

The raid on the military barracks “was repelled,” Musa said. “The encounter led to the deaths of 20 Boko Haram terrorists.”

He said that the gunmen, armed with Kalashnikovs and rocket-propelled grenade launchers had stormed the military site in three 4X4 trucks and eight motorcycles.

This latest attack is coming on the heels of President Goodluck Jonathan’s scheduled visit to the state on Thursday.