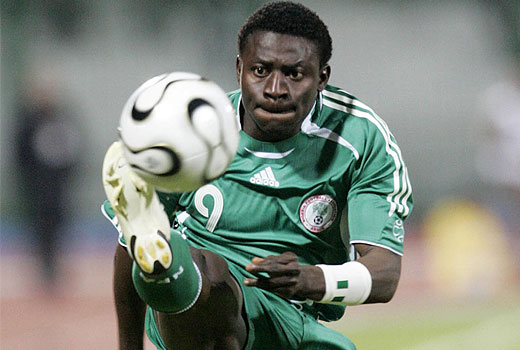 Eleven of those called were in the squad that lifted the Africa Cup of Nations in South Africa last month, while weapon of mass destruction, Obafemi Martins makes a sensational return to the national team after been left out of the squad that won the AFCON in South Africa last month. Ukraine-based Babatunde Michael, who played for the Dream Team at the inaugural CAF U-23 Championship in Morocco 15 months ago, also earned a call-up just as midfielder Nnamdi Oduamadi who held sway in the U-23 squad for their qualifying matches, also got an invitation.

Little known midfielder – John Ogu who is based in Portugal, got a surprise call up.he biggest dark horse, so to say, is Portugal-based midfielder John Ogu.
THE LIST