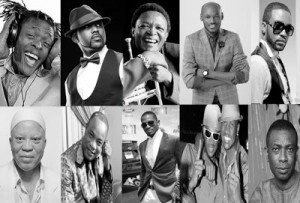 According to Africa Answers, Tuface, BankyW, D’Banj and PSquare are among Africa’s Ten Wealthiest Artistes.
And in their list, they placed BankyW number 9, 2Face Idibia got their 7th position, D’Banj came 3rd while

PSquare was placed 2nd after Senegalese singer Youssou N’Dour who topped the list.
About their earning, AfricaAnswers wrote that;
PSquare makes more than $150,000 per show. Their Squareville which is located at Ikeja is worth $3 million and as part of their brand support, they also have a 3 years deal with Globalcom; a Nigerian telecommunication company as brand ambassadors where they are paid a million dollars a year.

D banj, they said, made $1 million dollars when he was paid by a T.V station to star on his own reality show called the Koko Mansion. He has a crib in Atlanta worth of $1.5 million and reportedly charges on the upside of $100000 per show currently.

Tuface has a vast investment in real estate across Nigeria, earns around $50k to $80k per show and owns a night club in Nigeria just to name a few.

For Banky W, they wrote he has been a brand ambassador for Etisalat mobile in Nigeria and is currently the face for Samsung products in the West African nation. Out of his generous heart, Banky W has started off
Mr Capable foundation; an education charity organization with the aim to aid in the education of children from poor families.