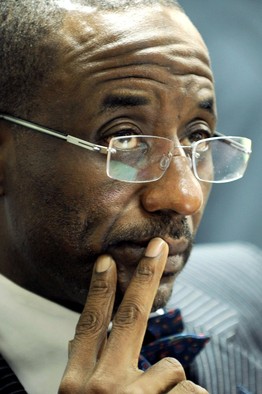 Sanusi said this on Tuesday in Lagos while speaking as guest speaker at the Metropolitan Club’s forum.

He said the highest external reserves recorded during Yar’Adua’s regime was $62 billion, saying the controversy surrounding the matter was unnecessary.

It would be recalled that former Minister of Education, Dr. Oby Ezekwesili had said that the Federal Government, under former President, Yar’Adua and President Goodluck Jonathan had wasted external reserves of $67 billion saved under the Obasanjo administration – her allegation led to a war of words between her and government officials but this is the first time the CBN Governor will be addressing the issue.

Lending his voice to the debate, Sanusi said: “First, let us talk about the numbers. Nigeria never had $67 billion of reserves in its history. The highest level of reserves was $62 billion under late President Yar’Adua.

“There is also a certain truth to a basic proposition that if we saved money when oil price was high, it is expected that when oil price crashes, we would de-save.

“Look at Germany, US, UK, after the crisis. They all had huge deficits. So our incurring of deficit was a reduction in reserves.

“Now having said that, no one can deny that between 2010 and 2011, when oil price was going up, we should have saved more than we actually did and we spent more than we ought to. As CBN Governor, I spent the whole of those two years talking about fiscal leakages.

“We cannot deny that there is need for serious governance review of transparency and accountability in the oil sector.”