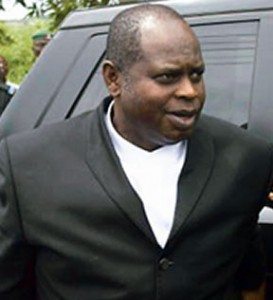 The Veteran Group for Operation Clean Crusade (VGOCC), a non-governmental organisation, has demanded urgent revocation of prerogative of mercy granted ex-governor of Bayelsa State, Chief D.S.P Alamieyeseigha, within seven days. The VGOCC threatened to go on peaceful demonstration with one million people, if the decision was not rescinded.

This was made known in a press statement signed by its national coordinator and secretary general, Adeniyi Alimi Sulaiman and Abioye Abass Onikoyi respectively. The group condemned the undue state pardon given to the former governor.

According to VGOCC, the actions of President Goodluck Jonathan “depicts that corrupt leaders should continue to corruptly enrich themselves as state pardon is awaiting them. The action just make the EFCC (Economic and Financial Crimes Commission) and the ICPC (Independent Corrupt Practices and Other Related Offences Commission) as mere toothless dog, which cannot really fight corruption in Nigeria.

“VOGCC strictly demands for the urgent revocation of prerogative of mercy/state pardon given to Chief Alamieyeseigha within seven days, otherwise we will go on peaceful demonstration with one million people march in Abuja, Lagos and Oyo states.”